Brick Bonding And Types Of Bricks 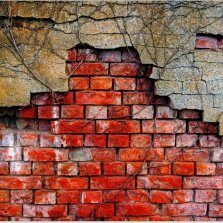 Brick Bonding & Types Of Bricks, the Romans brought brick to Britain, but they have not utilized for household buildings until the 14th century. Even back then, the majority of brickwork was done on massive national structures and high-status residences. Bricks were not broadly utilized for smaller dwellings until the mid-sixteenth century. Then they were created in terrible conditions locally, were of variable size, and were sold by the quantity, therefore they were usually of smaller size. A brick’s size was always determined by the size of a person’s hand, however specific measurements changed until the mid-nineteenth century. From 1840 until 1970, the standard size of bricks was extensively used before being displaced by the metric brick.

The long side (stretcher) or the short end (header) of brick might be exposed when it is set. Some bonds are constructed using just one side of bricks, whereas others include a combination of stretchers and headers.

This is the oldest design, and it was popular till the 17th century. A stretcher course alternates with a header course.

The Flemish bond replaced the English bond at the beginning of the 18th century. Stretchers and headers alternate inside each course in this manner. Because English Bond is tougher than Flemish Bond, it is still utilized for construction projects like bridges, flyovers, and earth dams. However, placing the bricks in alternate courses creates the illusion of stripes, which is less appealing than the Flemish bond aspect. As a result, despite its inherent weakness, the Flemish bond is widely utilized for residential and small-scale constructions.

This pattern is a variant of the English bond, with one row of headers followed by three to seven rows of stretchers. This design is less expensive to manufacture than English bond because placing stretchers takes fewer bricks than laying headers. It is, however, less sturdy, which is why it is used in ancient closed systems and other small constructions.

Header bond, which was popular in the 18th century, used contrasting brick shades to make a beautiful appearance. This bond creates a thin, compact fence, but it requires many bricks that it is often focusing on high structures. Because the short sides make it easier to produce undulating forms, it also is utilized for curved brickwork.

This form of Flemish bond, also known as the Sussex bond, serves the same purpose as the English garden wall bond. One header brick with every three stretcher bricks is used to construct it.

Burnt clay bricks are made by compressing clay into molds to form the shape, then drying and firing them in a furnace. They’re frequently utilized in generic buildings that don’t need any particular aesthetic attributes, such as walls. They have no distinguishing characteristics and will require plastering and rendering if used in walls.

Sand, fly ash, and lime are combined together to form sand lime bricks, and a reaction occurs when wet mixing to combine the materials. After that, the moist mixture is put into a mold. Sand lime bricks have a smoother surface and a more uniform look than burnt clay bricks, therefore they don’t need to be plastered if used for walls. Furthermore, sand-lime bricks are super strong, making them ideal for use as load-bearing elements. Sand lime bricks, rather than being red, have a grey appearance.

Engineering bricks have a tremendous compressive strength, which, combined with their low water absorption, makes them ideal for usage in places that are likely to be exposed to the weather. These bricks are made at high temperatures to produce a thick, sturdy brick that is both damp-proof and chemical-resistant. Groundworks, sewers, retaining walls, and damp-proof courses are all common uses for engineering bricks in civil engineering. The strongest engineering bricks are Class A, however, Class B is the most prevalent. The colors of engineering bricks range from red to blue.

Concrete, often known as concrete common or just ordinary bricks, is one of the least frequent brick varieties in the United Kingdom. Common concrete bricks have a low compression strength and are often of poor quality. Because of their low maintenance needs, noise reductions, and heat resistance, these bricks may be utilized for facades, fences, and internal brickwork. Common bricks should not be utilized below ground, in general.

Facing bricks are the bricks that make up a building’s aspect, such as the exterior walls of a home. These are frequently chosen for their attractiveness and weather resilience. Clay and concrete are the most often utilized materials, and there are various design alternatives ranging from classic to modern styles.

Rear Extension, here at Apollo Builders Group, we pride ourselves on delivering an exceptional service in all aspects,...

END_OF_DOCUMENT_TOKEN_TO_BE_REPLACED 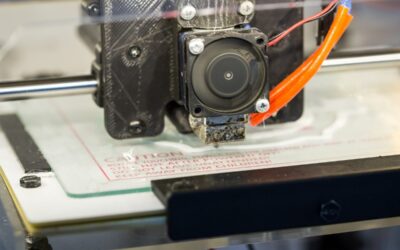 Technology Within the Construction Industry

Technology Within the Construction Industry, We live in an age where technology is king and new, innovative machines...